We have two shows in October. On Monday 22nd at the Old Hairdressers in Glasgow and Wednesday 24th October at Gilded Balloon Basement Theatre. You can buy tickets for Glasgow from See Tickets and for Edinburgh from the Gilded Balloon.
The six plays are:
When We Were Soldiers by David Bratchpiece
Two estranged brothers reconnect at their mother’s funeral, leading them to reflect on the different paths their lives have taken.

Road to Nowhere by Catriona Duggan
In the front two seats of a car that is stuck on the M74 during the snowstorm of 16th January 2018 two drivers decide to share a sleeping bag to keep each other warm. As the night progresses, so too does their relationship...until its bitter end in the cold light of day.

Mondays are Mince by Jamie Graham
Graeme's redundancy has hit him hard. He's stuck in a rut while Fiona edges closer to the end of her tether. It's Monday teatime and something's about to go off the boil...

A9 by Michael Houston
Two hitchhikers find that they have a lot more in common with their driver than first thought in their trip down the A9.

The Bus Stop by Claire Gray-Simon
A woman witnesses a heartwarming scene and unexpected revelation between two men at a bus stop while they all wait for a bus that never comes.

Death of a Factory by Tom Murray
Will the life and memories of a factory and all who have come and gone through its doors over the years survive the final shift? 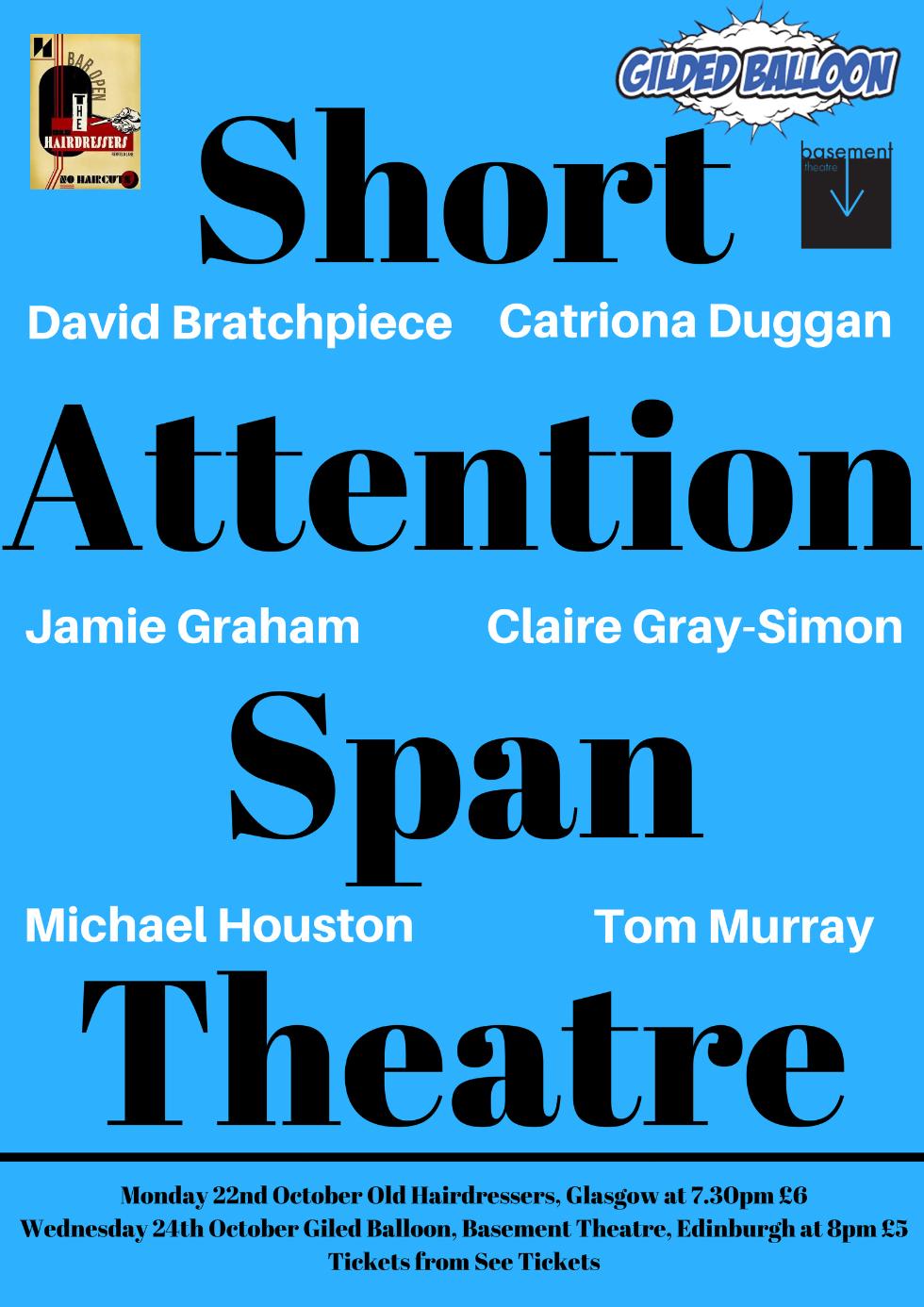