We'll be at The Rum Shack on Thursday 27th February with a different style of show. SAST is produced without any funding. We're doing this show as a 'fundraiser' so we have enough money going forward to mount shows later in the year. We're also putting on a raffle. So far we've had a number of nice donations for prizes. Come along on the night to see what's up for grabs.

Tickets, on sale now, are £7 with £6 concessions from Tickets Ignite. 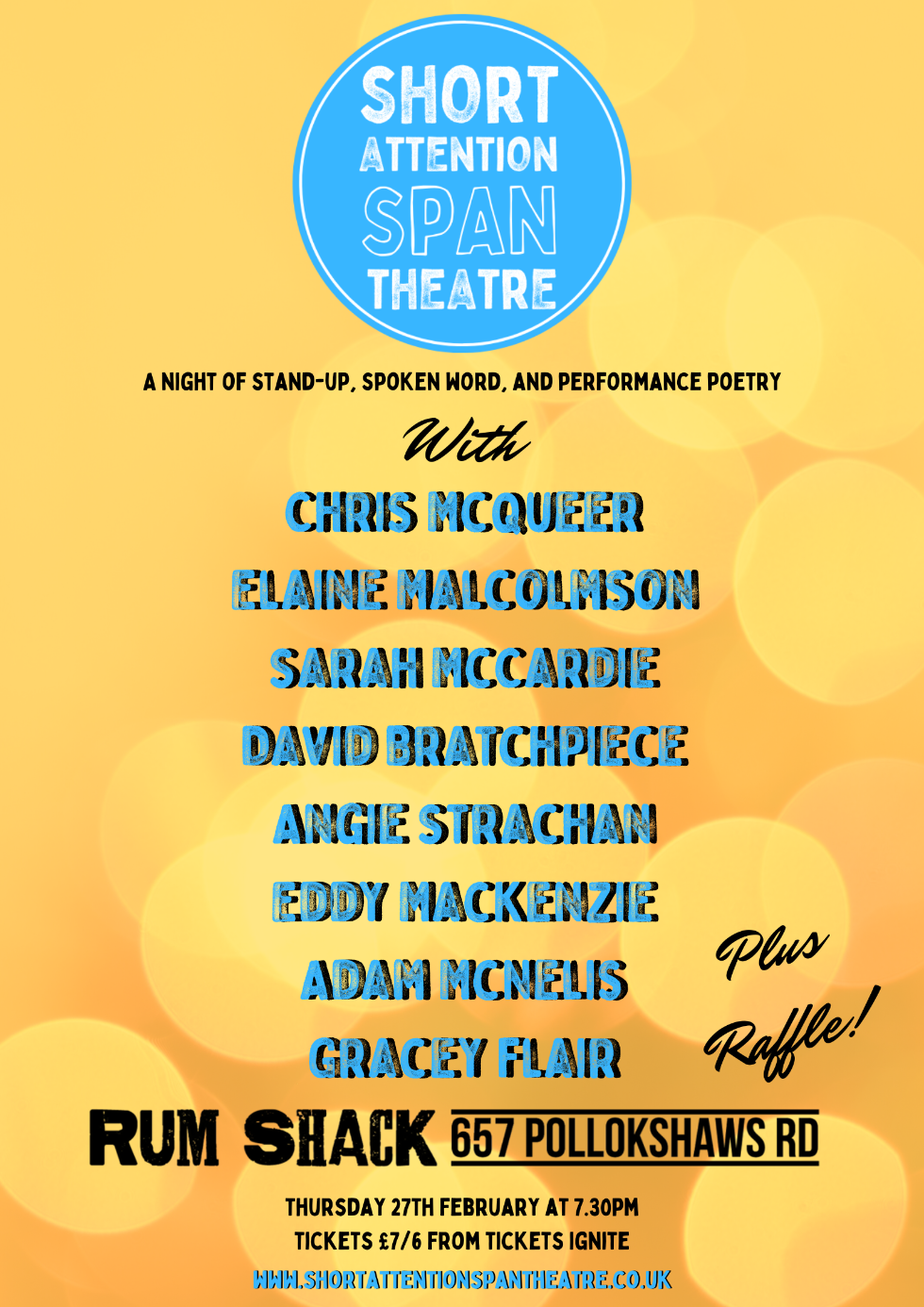